In an recent interview with Detroit’s 97.1 The Ticket, Big Sean reveals that he has a collaboration with Eminem in the works and we can expect it sooner or later. Before the release of Big Sean’s Hall Of Fame, the pictures which you can see below of Detroit rapper Eminem and Big Sean was seen in the studio but no collaboration was Released. 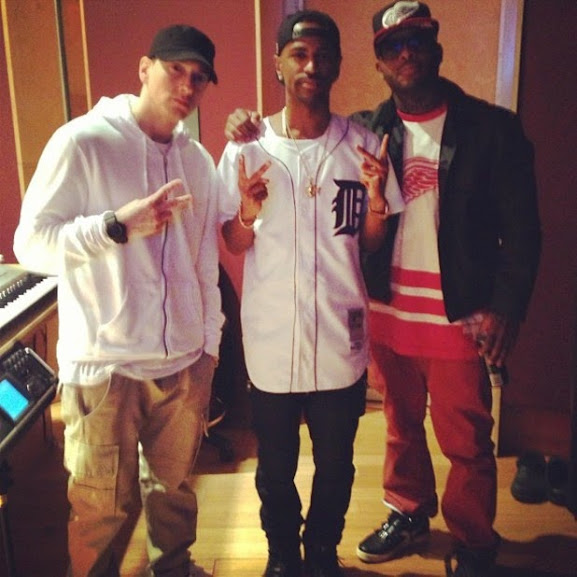 In the Interview on askin about Eminem collab “I know there was a photo you posted a while ago with Eminem collaboration coming up anytime soon?”

Check out the interview below in which Big Sean also talks about various Detroit sports teams.

Redman lists his favorite songs from Eminem’s new album. A few weeks ago, Eminem gave a